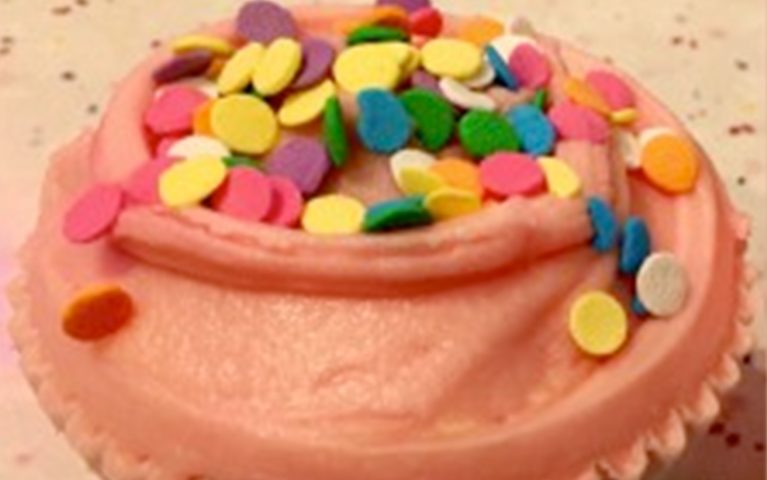 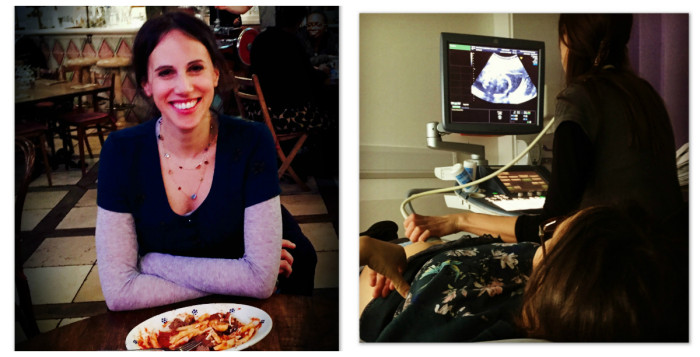 This pregnancy seems to be whizzing past and I can’t believe I’m 22 weeks already! It was lovely seeing our baby at the 20 week scan, hearing that everything was fine and finding out that we’re having a girl. Based on the symptoms I had with my previous pregnancies (a girl then a boy), I was convinced it was a boy which goes to show how much I know!

At this stage the baby weighs around one pound and is 28cm long. Its proportions are the same as a newborn and its eyelashes and eyebrows are already formed, which I find pretty amazing.

I’m feeling so much better than I did in the first trimester – I no longer have morning sickness and have far more energy than I did a few weeks ago. I have started to feel the baby move a little bit – it’s very subtle and inconsistent, but so exciting when it happens.

The only annoying symptom I have is an insanely runny nose coupled with frequent and aggressive sneezing! At first I thought it was a cold then, after a few months of it not disappearing, I discovered it was actually a pregnancy symptom (who knew?) – a result of the higher levels of oestrogen and hormones having an effect on the membranes that line the inside of the nose. Apparently the symptoms are likely to stick around until the end of pregnancy and progressively become worse. Great!

I feel very lucky that my previous two births were drama-free. They weren’t necessarily straightforward – I had an induction with my first and a ventouse delivery with both – but my babies arrived safely without any scares along the way and I couldn’t be more grateful for that. But in terms of my physical experiences of labour and birth: I found them both very painful… to say the least! (I will spare you a full description).

Luckily for me, epidurals exist and at both of my births it provided a glorious relief after hours of drug-free labour. While I’m a fan of epidurals, there are a few reasons why they’re less than perfect and, as I know all too well, there’s no certainty that your epidural will arrive as soon as you want it to, or even within a few hours after you decide you want it (unless you’re in a private hospital).

It is possible my third baby may arrive quicker than the others and there may simply be no time for pain relief of any kind, so that’s why this time around I’ve decided to try Hypnobirthing.

Hypnobirthing is the process of using self-hypnosis, breathing and relaxation techniques to make labour and birth a calmer, more enjoyable experience and reduce the need for pain-relief. The idea is to eliminate fear and enter into labour armed with positivity, confidence and the firm belief that our bodies are designed to do this and you CAN do this!

I have met plenty of people who have tried Hypnobirthing – some say it didn’t help at all, some some say it helped a bit and others found it extremely helpful. Then there are those for whom it worked so well, they actually LOVED giving birth. There was no pain at all. These people truly exist(!) and their stories are amazing to listen to.

Whether or not you’re one of the lucky ones, the fact is, it might work for you on some level at some stage of labour and, to me, that ‘might’ is a good enough reason to give it a go. So from here on they’ll be no more thinking about the less fun side of my previous births, just positive thoughts and lots of practicing of the Hypnobirthing techniques.

However you think you’d like your labour to go, my advice is to get yourself educated on all the different birth options and know the pros and cons of each. I also think it’s important to be prepared for things not going the way you expected. Personally, I’m hoping Hypnobirthing works but I’ll be ready to go with the flow on the day and hopefully I’ll be ok with any twists and turns that may occur. I certainly won’t be disappointed if I end up having an epidural.

From getting to know our clients at Bump and Baby Club, I’ve learnt that there is a huge variation in how people feel about their births after the event, and this isn’t always dependent on the type of birth they’ve had. An all-natural birth doesn’t guarantee an awesome experience that leaves you feeling like a warrior-mama afterwards, and an epidural administered at the perfect time doesn’t always tick all the boxes either.

There are no medals for going drug-free and the birth you have isn’t a reflection of your character or how you’re going to be as a mother. If someone in your life makes you feel like it is, then just ignore them and do what you feel is right for you! 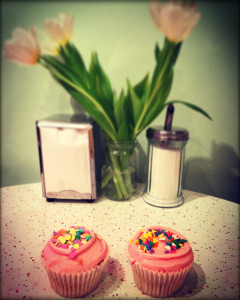 We revealed the gender of the baby to our kids by buying them a cupcake each – pink would mean girl and blue would mean boy. Needless to say, they were thrilled with the cupcake and the gender was pretty much irrelevant!